One of this year’s major cultural events related to Japan has been the Manga exhibition hosted by the British Museum – “the largest exhibition of manga ever to take place outside of Japan.” It opened on May 23, and immediately received significant critical attention. The Economist praised it as a “dynamic, exuberant and ambitious celebration of Japan’s comic-art narrative form”, as did the Financial Times, while responses in The Guardian (“asking us to compare today’s graphic artists with greats of the past is misguided”) and The Telegraph (“is Manga really as significant as Rodin and the Ancient Greeks?”) were not as enthusiastic. In any case, an exhibition of this scale – and at this kind of venue – attracts attention.

And now, following up on the exhibition’s success, and connected to it, the British Library has announced plans to host a special one-day What is Manga academic symposium that will bring together many of the world’s leading scholars of manga specifically and comics/sequential art in general, as well as museum practitioners, and a range of international perspectives for a discussion on manga in a global context and the role of cultural institutions such as the British Museum in preserving, presenting, and promoting manga. The Symposium is open to the public, but tickets must be purchased via the British Library website. 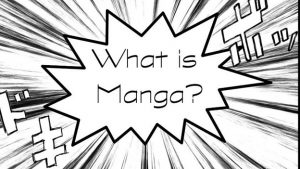 Dr. Berndt is one of the world’s leading scholars of Japanese comics. He work has included editing the essay collections Manga’s Cultural Crossroads and Reading Manga: Local and Global Perceptions of Japanese Comics, a number of individual chapters and journal articles that have been fundamental to shaping the field of manga studies (particularly important examples include ‘Historical adventures of a post-historical medium: Japan’s wartime past as represented in manga’, ‘Manga, which manga? Publication formats, genres, users’, and ‘Reconsidering manga discourse: Location, ambiguity, historicity’), and teaching several pioneering classes

2:20 p.m. – 2:40 p.m.
From ‘Ehon to ‘Manga’
Ryoko Matsuba (Sainsbury Institute for the Study for the Study of Japanese Arts and Cultures)

2 Comments on ‘What is Manga’ British Library Symposium