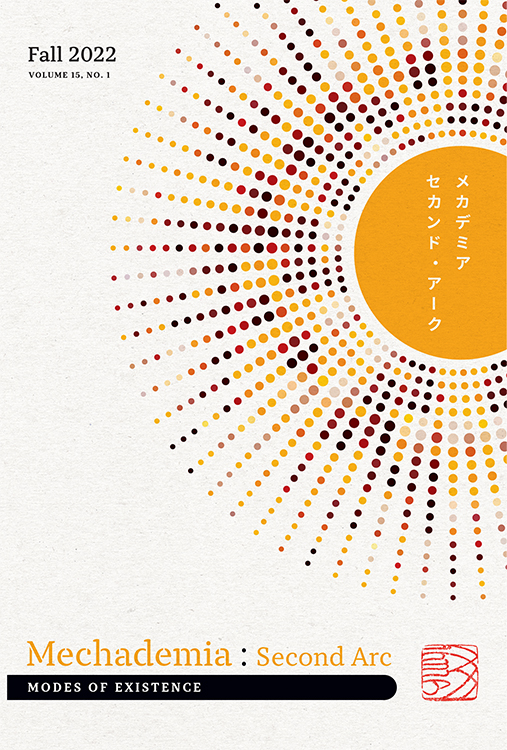 Since its relaunch in 2018, with a more ambitious twice-a-year publication schedule and an expanded scope on “East Asian popular cultures, broadly conceived”, Mechademia has established itself as the leading publication in the anime and manga studies space. Eight issues have been published so far, featuring both original essays, and translations of major previously published Japanese scholarship and commentary, from authors who can justly be viewed as representing the cutting edge of the field of East Asian popular culture studies. And, the Mechademia editorial calendar is filled for the foreseeable future, with Volume 15.2, 2.5D Cultures on the schedule for Spring 2023, 16.1, Media Mix, for the fall, and 16.2, Media Platforms and Industries for Spring 2024. And now, Mechademia is also actively looking to fill a Fall 2024 issue, with the subtitle Methodologies, to be guest-edited by Dr. Jaqueline Berndt (Professor, Japanese Language and Culture, Stockholm University).

This journal issue invites those engaged in research on East and Southeast Asian popular media and related global fan cultures to foreground their theoretical frameworks and methodological assumptions, and to critically reconsider their methods of analysis in order to explore new possibilities for inter-disciplinary collaboration.

The Call for Papers for the issue highlights several potential questions to consider. Among them:

For an example of a recent methodology-focused study on a topic related to East Asia, although it does not deal with East Asian popular culture specifically, consider Xiang Li, Citing East Asia: A citation study on the use of East Asian materials in East Asian Studies dissertations, College & Research Libraries, 80(4), 561-577.

The full CFP, with additional details, is available on the Mechademia website.