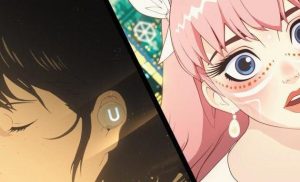 The January 2022 U.S. theatrical premiere of Belle, Mamoru Hosoda’s latest film, will most likely make him one of the most recognizable directors of Japanese animation to Western critics and audiences, especially among those who are currently active. But how have scholars responded to Hosoda’s work so far? This bibliography collects academic publications (primarily journal articles) on Hosoda and his works written in English that I am aware of, and will be updated continuously.

*** OPEN ACCESS ***
Cervelli, Filippo. Saved by the nerd: Otaku and the space of family in Summer Wars. Exchanges: The Interdisciplinary Research Journal, 9(3), 203-225.

“This article analyses Hosoda Mamoru’s anime film Summer Wars (2009) through its rearticulation of the lonely male otaku. A highly debated issue in and outside of Japan, the otaku community of fans shares with nerds associations with obsessive interests, technology, and lack of social skills. Summer Wars provides a counternarrative to such discourses by setting up a story of interpersonal ties with an otaku at its centre. Furthermore, the film displaces this story to rural Japan, thus recontextualising the otaku’s typical highly technological urban environment by relocating one of them amidst a large family and historical continuity. Through this emblematic shift in space, in opposition to the city at multiple levels, Summer Wars takes a novel approach in representing the otaku’s potential for sociability, while still retaining the very features that may categorise him as an otaku; at the same time, the film uses otaku themes to create an imaginative reflection on the importance of interpersonal familial bonds, recuperated through the space of the native place.”

This essay examines an alternative eco-familial reading of Mamoru Hosoda’s manga film, Wolf Children (2012) through an analysis of Japanese extinction anxieties further exacerbated by 3/11. By reading the film through a minor history of the extinction of the Honshu wolf as a metaphor for 3/11, I argue that an examination of the degradation of Japanese preindustrial “stem family” and the fabulative expression of species cooperation and hybridity can more effectively be framed by the popular Japanese imaginary as a lupine apocalypse. In a reading of Deleuze and Guattari on becoming-animal, the omnipresence of lupine loss in the institutions of the home, work, and schools of contemporary Japan, interrogated in many manga, anime, and video game series like Wolf Children, further reveals the ambivalence of post-3/11 artists as they approach family and the State in seeking out more nonhuman depictions of Japan. In this reading of becoming-wolf, Hosoda’s resituates the family/fairy-tale film as a complex critique of the millennial revival of a nuclear Japan in the age of economic and environmental precarity and collapse. I hope to explore the nuances and contradictions of Hosoda’s recapitulation of family through a celebration of Deleuzo-Guattarian pack affects and an introduction of the possibilities of “making kin,” as Donna Haraway explains, at the ends of the Anthropocene.”

“Throughout his activity as an animation director, Hosoda Mamoru tackles important issues of present-day Japan – and of late modernity – with creative acuity and a keen sense of observation. From Digimon: The Movie and ONE PIECE: Baron Omatsuri and the Secret Island, in which Hosoda rehearses his directing skills in the field of animation by taking over popular and familiar elements from highly successful Japanese franchises and embedding them into a more mature and more profound context of addressing challenging
topics, through The Girl Who Leapt Through Time and Summer Wars, in which Hosoda finds his way into the extremely competitive world of the Japanese entertainment industry with original storylines and powerful characters, to Wolf Children with its complex problematic of single motherhood, The Boy
and the Beast with its combined topics of runaway children, of absent fathers, and of loss of masculinity addressed in a raw manner, and Mirai, in which Hosoda carefully avoids delving too deeply into the disturbing child-rearing and education politics of Japan, he constantly chooses a narrative of comfortable
traditionalism, showing both that he understands Japan’s critical situation and that he does not regard it as his duty to offer alternative solutions, more in tune with the spirit of the 21st century.”

“Japanese animation has longstanding links to nationalism. For example, relatively early in its history, Jonathan Clements quotes sources suggesting that animation was used to promote the singing of Japan’s national anthem before film screenings, through a short film called Kokka Kimigayo (The National Anthem: His Majesty’s Reign, 1931) made by ?funa Noburo. It is ‘hence liable to have been one of the most widely seen pieces of domestic animation in the 1930s’ (Clements 2013, 47). Animation’s links to nationalism in Japan developed further during the Second World War, which marked a pivotal moment in Japanese animation production. Thomas Lamarre argues that this animation was not simply nationalistic, but that it was also racist and speciesist. Analysing Momotar?: Umi no shinpei (Momotar?’s Divine Army, Seo Mitsuyo 1945) and Tagawa Suih?’s Norakuro manga and anime Lamarre argues that ‘Speciesism is a displacement of race and racism (relations between humans as imagined in racial term) onto relations between humans and animals’ (Lamarre 2008, 76). The semi-covert depictions of differing nations as different animal species within Japan’s World War II animation subtended state discourses about enemies and a planned Co-Prosperity Sphere in Asia.”

The four main features of anime auteur Mamoru Hosoda take on themes as manifold as parenthood, childhood, belonging, liminality and technology. But each dramatises a plight that either involves or is overcome by teen protagonists, and it’s this pivotal link between youth and the future that lies at the heart of the director’s work.

“Animation is a genre of popular culture that is particularly suited to enact tropes of transgressing, queering and overcoming boundaries. This paper discusses the 2012 animated film Wolf Children (Dir. Hosoda Mamoru) that portrays the socialisation process of two hybrid wolf-human children. Our analysis employs queer theory (Butler) and the concept of stigma (Goffman) to elucidate how the wolf children’s deviation from normativity and their attempts to ‘pass’ as normal can be read as references for passing modes of non-normative identities, i.e., of social, ethnic, and sexual minority groups in Japan. In this and Hosoda’s other major films, however, the potential for disturbing fixed notions of identity is contained through the gendered frame of the Japanese ‘good wife and wise mother’. As his family stories reify the heteronormative (gender) order, his work presents a ‘Japanese’ version of a Disney-like ‘cinema of reassurance’ (Napier): it contains diversity and difference by incorporating it in a reification of the national heteronormative imaginary.”

“To displace a character in time is to depict a character who becomes acutely conscious of his or her status as other, as she or he strives to comprehend and interact with a culture whose mentality is both familiar and different in obvious and subtle ways. Two main types of time travel pose a philosophical distinction between visiting the past with knowledge of the future and trying to inhabit the future with past cultural knowledge, but in either case the unpredictable impact a time traveller may have on another society is always a prominent theme. At the core of Japanese time travel narratives is a contrast between self-interested and eudaimonic life styles as these are reflected by the time traveller’s activities. Eudaimonia is a ‘flourishing life’, a life focused on what is valuable for human beings and the grounding of that value in altruistic concern for others. In a study of multimodal narratives belonging to two sets – adaptations of Tsutsui Yasutaka’s young adult novella The Girl Who Leapt Through Time and Yamazaki Mari’s manga series Thermae Romae – this article examines how time travel narratives in anime and live action film affirm that eudaimonic living is always a core value to be nurtured.”

“How does a director express his or her film style in animated films produced by a group? To address this issue, the authors analyzed the shot length of 22 Japanese animated films directed by Miyazaki Hayao, Oshii Mamoru, and Hosoda Mamoru. Their analysis reveals the statistical measurements of shot length were clearly dependent on directors. Miyazaki’s films show that he avoids both longish and brief shots, Oshii’s shot length is relatively long on average, while Hosoda prefers relatively short shot length. Furthermore, both Oshii’s and Hosoda’s first films deviated from their subsequent films in terms of statistical indices, suggesting that they established their style of shot length during their first or second time directing. The authors determine that all three directors controlled shot length primarily through their own storyboarding as a crucial process of determining the value, since the shot lengths correlated well with the designated shot lengths on the storyboards. In conclusion, the authors identified the distinctive shot length styles of the directors.”

Abel, Jonathan E. Can Cool Japan save Post-Disaster Japan: On the possibilities and impossibilities of a Cool Japanology. International Journal of Japanese Sociology, 20(1), 59-72.

“This article considers Cool Japan in light of catastrophe, first theoretically through a phenomenological analysis of Cool Japan and Cool Japanology, suggesting that the study of Cool Japan itself is way of uncooling the object of inquiry, itself a reaction to the apocalyptic realities of everyday life since the dawn of the modern world. The article finishes with a sociological reflection on current events through a détourner of the sekai kei genre in Summer Wars’ inclusion of two sociological types in its rendition of catastrophe. This article then is intended as a preliminary step to understanding the specificity and commonalities of Japanese cool power through an understanding of the phenomenon of cool and the contents to which cool often refers.”