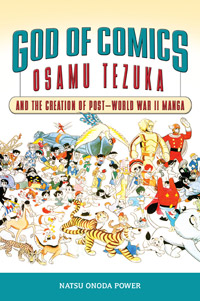 It is always hard to come up with adequate words for the role that Osamu Tezuka played in the development of Japanese comics and Japanese animation. The epithets are plenty – “one of the most respected cultural figures of 20th century Japan”, “godfather” of anime/manga, “God of manga”, even “God of comics” – and there is a reason for them.

But, at the same time, when considering Tezuka, it is also crucially important to avoid exaggeration and hyperbole, to evaluate the man and his work critically, to consider it in a proper context. Yes, Tezuka largely defined “manga” and “anime” as we know them, and his influence on anime and manga is felt to the present day. But, for example, no, Osamu Tezuka did not “invent” Japanese comics or Japanese animation. How “manga” and “anime” would have developed without him and what form Japanese comics and Japanese animation would have taken in his absence is a valid question, but there is no reason to assume that these forms of popular visual culture would not have existed at all without Osamu Tezuka. 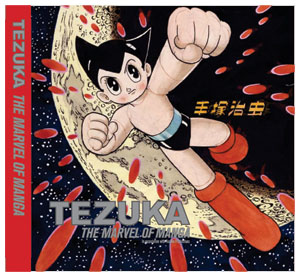 Regardless, it is also no surprise that Tezuka – the artist, the writer, the creator – has been the subject of significant scholarly attention. For example, he is one of only four anime/manga creators with a full-length English-language study of their work – the others being Hayao Miyazaki, Mamoru Oshii, and Satoshi Kon, and the only manga artist with entries in the Gale Major 21st-Century Authors database and the Greenwood Press Encyclopedia of Comic Books and Graphic Novels. However, academic writing on Tezuka has been scattered around many different sources, without anything like an up-to-date research guide or even a simple listing of such publications.

This bibliography serves to address this information gap/information need, and present a hopefully comprehensive listing of English-language scholarly writing on Tezuka and his work that allows scholars at all levels to familiarize themselves with it. As is with any kind of organized list of publications, it can be used to identify authors, such as Mark MacWilliams, Natsu Onoda Power, Ada Palmer, and Roman Rosenbaum who have been particularly active in exploring Tezuka and his works. It serves to demonstrate that, as with other scholarly writing on anime/manga, academic approaches to Tezuka and his works can take many different shapes, and appear in many different types of publications – while also providing support for the statement that a collection of academic essays on anime/manga simply cannot ignore Tezuka and his contributions.

This bibliography covers English-language books, chapters in edited essay collections, and articles in peer-reviewed academic journals that discuss Osamu Tezuka or one of the comics or animated films/series that he was involved with over the course of his career. It specifically does not include broader books/essays (some examples include Manga! Manga!: The World of Japanese Comics, Dreamland Japan: Writings on Modern Manga, Manga: 60 Years of Japanese Comics and A history of manga in the context of Japanese culture and society) that necessarily discuss Tezuka along other themes, topics, and individuals, or papers such as The frenzy of the visible in comic book worlds that mention Tezuka’s works in passing. The earliest work on this list was published in 1997, and it will be updated continuously to reflect new publications. As with the other bibliographies that are compiled on this site, it is also limited to academic publications, and specifically does not cover articles in newspapers or general-interest/trade/enthusiast magazines, blog posts, or personal essays.

As last updated (September 2022), the bibliography contains a total of 72 entries, including 4 books, a exhibit catalog containing both original essays and translations of several seminal Japanese publications, a special “Tezuka’s Manga Life” special issue of Mechademia: An Annual Forum for Anime, Manga, and the Fan Arts (with a total of 18 original essays, translations, and manga), 31 chapters in edited essay collections, and 35 individual articles published in various academic journals.

Actually compiling this bibliography involved several steps. The standard Library of Congress subject heading for commentary on Tezuka is “Tezuka, Osamu, — 1928-1989 — Criticism and interpretation“; however, it is important to remember that using this search in a library catalog or the multi-library WorldCat.org service mainly returns full-length books, rather than book chapters/articles.

Book chapters and journal articles were retrieved via searches in major academic databases (including the Bibliography of Asian Studies Online, EBSCO Academic Search Premier, Film & Television Literature Index, Gale Academic One File, the International Index to the Performing Arts, the MLA International Bibliography and the ProQuest Research Library) for records containing Tezuka’s name in the title, abstract, or list of keywords, as well as follow-up searches in Google Scholar, Microsoft Academic Search, and the Directory of Open Access Journals.

Additional items were identified through direct review of tables of contents of several essay collections on anime/manga and examinations of the notes/works cited sections of as many items that had already been selected for inclusion as possible.

As this is a purely enumerative bibliography, the entries are presented with minimal annotation. If an abstract is available, I will attempt to reproduce it. I also plan on reviewing all publications included in this bibliography with titles that do not make it clear specifically which ones of Tezuka’s works they actually discuss, and providing those annotations.

At this point, the bibliography is organized by year of publication, and separately, by publication type (books, book chapters, journal articles).

English-language scholarly works on Tezuka published before 2010 are listed in the Bibliography section of the excellent and comprehensive Tezuka in English website. I contributed a significant number of the listings, but overall, that list is significantly broader in scope, since it includes publications in languages other than English, as well as those that mention Tezuka’s works or even discuss them to some extent, but are not focused on them entirely.

Walker, Seth. Osamu Tezuka’s Buddha, canonical authority, and remix theory in the study of religion. Journal of the American Academy of Religion, 90(2), 431-449

Clarke, M.J. Fluidity of figure and space in Osamu Tezuka’s Ode to Kirihito. Journal of Graphic Novels and Comics, 9(1), 23-49.

Delgado-Algarra, Emilio-Jose. Comics as an educational resource in the teaching of social science: Socio-historical commitment and values in Tezuka’s manga. Cultura y Educación: Culture and Education, 29(4), 848-862.

Thornton-Gibson, Katherine. Ukiyo-e, World War II, and Walt Disney: The influences on Tezuka Osamu’s development of the modern world of anime and manga. The Phoenix Papers: A Journal of Fandom and Neomedia Studies, 3(1), 344-356.

Each annual volume of Mechademia is centered around a common theme. The 2013 volume contains 18 original essays on Tezuka’s life, comics, anime, and other projects, a translation of two chapters originally published in 1992 in a Japanese book on Tezuka, an original short manga that Tezuka created, and two other manga that use him as an inspiration.

Tanaka, Yuki. War and peace in the art of Tezuka Osamu: The humanism of his epic manga. The Asia-Pacific Journal: Japan Focus.
*** OPEN ACCESS ***

Ladd, Fred, with Harvey Deneroff. Astro Boy and anime come to America: An insider’s view of the birth of a pop culture phenomenon. Jefferson, NC: McFarland.

“Japan’s first weekly, 30-minute animated TV series, Tetsuwan Atomu (Astro Boy), is not only commonly regarded as the first instance of what is now known as `anime’; it is also regarded as the point of emergence of the commercial phenomenon of character-based merchandizing. Interesting enough, it is not so much Tetsuwan Atomu the TV series as the practice of including Atomu stickers as premiums in the candy maker Meiji Seika’s chocolate packages that really ignited the character merchandizing boom. The key to the success of the stickers — along with the use of the already popular figure of Atomu — was their ability to be stuck anywhere, and seen anytime. This anytime-anywhere potential of the stickers arguably led to the new communicational media environment and the cross-media connections that characterize the anime system and the force which drives it: the character. Part historical, part theoretical, this article will explore the thesis that it was the `medium’ of stickers that led to the development of the character-based multimedia environment that is a key example of — and perhaps even a precursor to — the ubiquity of media that is the theme of this journal issue.”

Bird, Lawrence. States of emergency: Urban space and the robotic body in the “Metropolis” tales. Mechademia: An Annual Forum for Anime, Manga, and Fan Arts, 3, 127-148.

Makela, Lee. From Metropolis to Metoroporisu: The changing role of the robot in Japanese and Western cinema.
In MacWilliams, Mark (Ed.). Japanese visual culture: Explorations in the world of manga and anime (pp. 91-113). Armonk, NY: M.E. Sharpe.

Benzon, William L. The song at the end of the world: Personal apocalypse in Rintaro’s Metropolis. Mechademia: An Annual Forum for Anime, Manga, and Fan Arts, 1, 171-173.

“This article contrasts the different economies of motion found in cinema and animation, and explores the particular economy of movement and libidinal investment that accompanies Japanese anime, paying close attention to the first anime TV series, Astroboy (Tetsuwan Atomu). Metz and Lyotard argue that cinema generates an impression of reality through its particular economy of motion. Cel animation, in contrast, relies on a different economy of motion. This is especially the case in the specific kind of limited animation found in Japanese anime. This article focuses on the specificities of this kind of animated movement (particularly its emphasis on stillness), and the way Astroboy relied on commodity serialization to generate a particularly immersive image environment – one that set the stage for what is now known as ‘anime’.”