Different scholars write about manga in different ways. What a literature scholar can – and may want – to say about Japanese comics will necessarily be different from the perspective of a historian or a sociologist. And, one particular kind of perspective on manga is that brought by librarians and library science scholars. Granted, these contributions to manga studies can also take several shapes. One is the guide for other librarians, to assist them in developing manga collections – such as the books Understanding manga and anime, Mostly manga: A Genre guide to popular manga, manhwa, manhua, and anime, and the article “Basic reader’s advisory for manga: Select popular titles and similar works” (Young Adult Library Services, 5(3), 13-21 – the complete issue is currently available online in open access). Another is the case study based on personal experience – like Paper folding, bento, and tea parties: Programs with a manga and anime twist, Knowledge Quest: Journal of the American Association of School Librarians, 41(3), 42-49. One more is an examination of actual library practices over several years, such as Graphic novels in academic libraries: From Maus to manga, and beyond and The institutionalization of Japanese comics in US public libraries (2000-2010).

This kind of writing – as much of the writing in library/information science is by default and design – is essentially descriptive. Asking questions is not its goal. But, a librarian who is interested in manga from an academic, and really, also from a professional point of view, can find a good way to ask questions.

(Ed.: Direct online access to this article is currently available only to Reference and User Services Association members. However, the article is accessible through most major academic databases, including EBSCO Academic Search Premier, Gale Academic OneFile, and the ProQuest Research Library. If you are not able to access any of them, and would like to read it, please contact me for a copy.]

END_OF_DOCUMENT_TOKEN_TO_BE_REPLACED 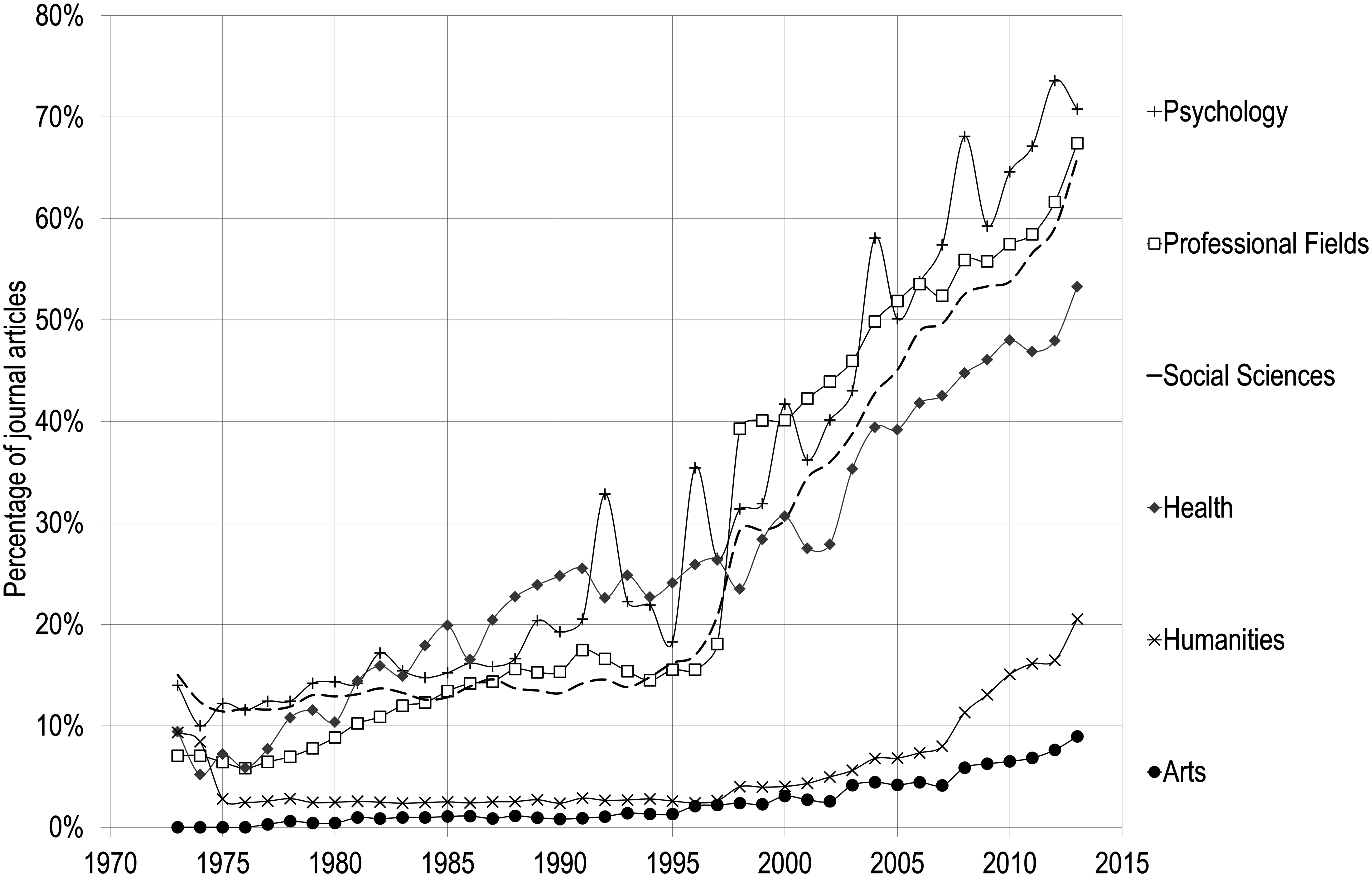 END_OF_DOCUMENT_TOKEN_TO_BE_REPLACED

One of the most basic concepts underlying the practice of organizing and representing information is that it requires making choices. The organization and representation of information, choosing what to present, and how to arrange it is an ideological act, and even to a degree a political act. Guides, indexes, directories, databases, classification systems, and other methods of providing access to information and establishing “bibliographic control” are designed with particular goals in mind, and exist because of particular reasons, affordances, biases and prejudices. And, in turn, being aware of these goals and reasons, and of the effects that they have on information sources, services and tools, is a major component of information literacy, of being an effective user of information and a successful researcher.

END_OF_DOCUMENT_TOKEN_TO_BE_REPLACED

When I talk about anime and manga studies, especially in formal presentations, some questions come up over and over again. How much academic/scholarly writing on anime/manga is out there? How many scholars study (and more specifically, write about) Japanese animation, Japanese comics, and related topics? And, can we really talk about a “history” of anime/manga studies and anime/manga scholarship?

My work has actually put me a in pretty good position to answer the first two questions. I have identified almost 100 individual English-language books on anime/manga (with several more due to be published later this year). When I put it on hiatus about a year ago, my database of English-language publications on anime/manga of all types (books, book chapters, and journal articles), contained over 1,520 entries, and the names of over 900 individual authors. And neither of those numbers include the materials and authors I have identified in 2014 and this year so far.

It’s the third question – “what are the origins of anime/manga studies?” that’s more complicated. END_OF_DOCUMENT_TOKEN_TO_BE_REPLACED

Over the last year, I have been using this blog to promote, foster and facilitate the developing field of anime/manga studies, and document various new developments in this field. And, I also hope to be able to say that with this blog, I can  demonstrate just what we mean by the term anime and manga studies. One easy way to do this is simply by highlighting the range of academic books, book chapters, journal articles, and other publications on anime/manga – as I do in the Bibliography section. Another is by noting that many of these publications themselves specifically use the terms ‘anime studies’/’manga studies’.

But, pointing out that anime/manga studies is an academic field then raises a direct question – what are some of the characteristics of anime/manga studies as an academic field? What kinds of programs are the scholars writing about anime/manga based in? What form does the “scholarly output” of anime/manga studies take? What is the field’s “citation landscape” – what kinds of publications do anime/manga scholars cite in their work, and are there particular publications (or even particular individual titles) that are cited with such frequency that they should be considered “core” for the field as a whole? Academic fields or areas can also be characterized by their “publication patterns” – that is, the kinds of journals (or the specific journals) that scholarship in these fields tends to appear in. Do anime scholars seek to publish their work primarily in Japanese or Asian studies journals? Film studies/animation studies journals? Other types? END_OF_DOCUMENT_TOKEN_TO_BE_REPLACED

In the opening chapter of The Anime Machine: A Media Theory of Animation, Thomas Lamarre identifies what he calls “the book report or film review model” of writing on Japanese animation – “a summary of the major narrative in conjunction with a consideration of major themes”. He does not dismiss this approach, and acknowledges it as “frequently insightful”, but argues that it is only one of several possible or potential approaches that anime scholars can take. However, as he points out, far too much of the scholarly writing on Japanese animation that is published in English falls under this model. Anime scholars select particular themes, and highlight how these themes are expressed in particular anime, or working in reverse, scholars pick a particular anime work and examine the themes and images that it contains. Or they look at how audiences interact with anime – as consumers, but primarily, as fans. Less frequently, authors describe the particular technical characteristics of a director’s work. END_OF_DOCUMENT_TOKEN_TO_BE_REPLACED

The growth of (free, online) “open-access” to academic publications has made a significant impact on how scholarship is produced, packaged/published, and presented to readers. And it is perhaps inevitable that the open-access model has given rise to actors who work to take advantage of it to generate profits for themselves. These actors – “predatory open-access publishers” – already have a significant effect on scholarly publishing in many fields – primarily in science, technology, and mathematics, but increasingly, in social sciences and the humanities. What are the implications of predatory open-access for anime and manga studies? END_OF_DOCUMENT_TOKEN_TO_BE_REPLACED 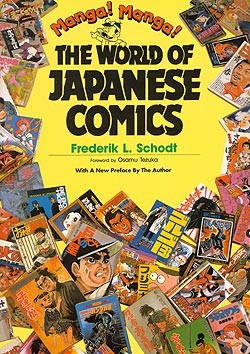 s over thirty ago, with Frederik Schodt’s Manga! Manga! The World of Japanese Comics – first published in 1983, and still in print today. And by my count, at least 90 books dealing with anime/manga have been published in English since. Granted, this figure includes everything from “traditional” scholarly monographs such as The Anime Machine: A Media  Theory of Animation and Cartoon Cultures: The Globalization of Japanese Popular Media and edited essay collections (Cinema Anime: Critical Engagements with Japanese Animation, Mangatopia: Essays on Manga and Anime in the Modern World) to books directed at casual readers (Anime and Philosophy: Wide Eyed Wonder, BFI Film Classics: Spirited Away, The Rough Guide to Manga), “directories” (500 Essential Anime Movies: The Ultimate Guide, Anime Classics Zettai!: 100 Must-See Japanese Animation Masterpieces) and various odds-and-ends – exhibit catalogs, revised reprints of magazine columns, first-hand accounts. But even focusing on the more “academic” books on anime and manga that have been published in English from 1983 to the present, we can learn a lot about how authors – and publishers – have approached Japanese animation and comics over the years as expressed in the covers that they selected. END_OF_DOCUMENT_TOKEN_TO_BE_REPLACED

In my last two posts – Thoughts on Self-Publishing on Anime/Manga, Part 1 and Part 2, I raised the general question of whether it was possible for an author to produce and distribute his or her writing outside the established business structure of publishing, and went through some possible models. What I’d like to do now is to move beyond the models to concrete examples, to see how publishing commentary and works of scholarship can – and does – happen without the involvement of a publishing company or even a university press.