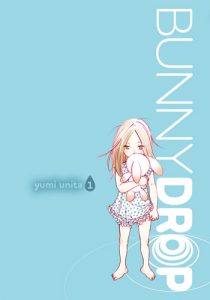 For various reasons, I missed a Year in Review post for 2017. But, with 2018 now several weeks behind us, it is definitely appropriate to review the highlights of the year for anime and manga studies in the broad categories of new and notable publications, conferences and other events, and classes. After a relatively quiet year in terms of major new English-language books on anime, this past one was anything but, with some of the most well-known authors in anime and manga studies publishing new titles.

Christopher Bolton, who teaches comparative and Japanese literature at Williams College, led the way with Interpreting Anime, the first book on anime I am aware of that is designed specifically for classroom use – and so, aimed at both instructors and students – and priced accordingly, at just $24.00. It has already received excellent reviews, including in Choice and in the Electronic Journal of Contemporary Japanese Studies, where the reviewer praises Bolton for “a meaningful contribution to the scholarship of reading, one able to transcend its subject matter – anime – and speak to readers everywhere, those who seek as full, as complete an engagement with their texts as possible.” To promote the book further, Prof. Bolton has also created a dedicated web page for it, and a YouTube trailer.

[And, in what may be a personal first, alongside the books, chapters, and journal articles that Interpreting Anime’s bibliography lists, there is also a citation to a post in this blog.]

For many years, the introductory title in anime studies – more or less by default, was Anime from Akira to Princess Mononoke: Experiencing Contemporary Japanese Animation, first published in 2001. And even though it saw an 2005 update (as Anime from Akira to Howl’s Moving Castle, now, in 2018, it is still inevitably dated. So, something like Interpreting Anime, along with Anime: A Critical Introduction, published in 2015, is absolutely invaluable. Probably the only caveat when considering this title is that it is based almost entirely on essays that Bolton published previously, although all of them have been revised and expanded to fit into an overarching structure. END_OF_DOCUMENT_TOKEN_TO_BE_REPLACED